The « Optical Group » is dedicated to spectroscopy studies with diffraction gratings secondary lenses mountable on cameras.

Set up of an optic bench

Bringing into operation our spectroscopic test bench allows calibrating and studying the optical quality of various imaging devices available on the market, as well as a comparing the different existing diffraction gratings. The goal is to determine the optimal characteristics of operating conditions.

Along with our analysis soft wares, this system allows a very precise identification of spectral lines. 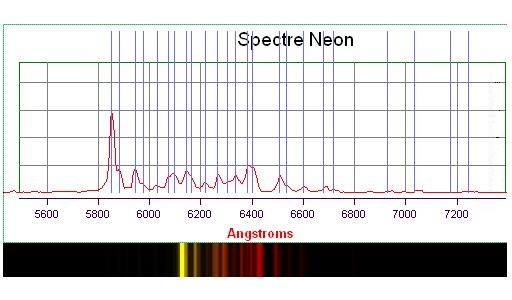 During the last days, many tests done with the software Théodolite, for IPhone and IPad, associated to some works of our own on GoogleMap application, have shown that a large number of technical solutions can be found to allow large scale management of spectrum data potentially acquired from UFO observations.

Toward a centralized and automated processing of photographic data

In order to set up a structure able to centralize technical and spectral data, we here announce the launch of the project : V.I.G.I.E : “Visual Integrated Geolocalisation for Identification Experiment“.
See the dedicated page. 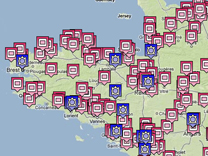 Since 2007, many diffraction gratings have been distributed worlwide, in more than 25 countries. Two models of diffraction gratings are circulating: one as a slide frame, the other one as an adhesive cap for mobile phone. To better visualize the distribution of them, each grating has been geolocalized from the zip code used for sending. View the map.

The adhesive diffraction grating for Cellular, are now on sale at a price of 10 € plus shipping of 3.25 €.

To satisfy the greatest number of requests, one item per order will be recorded.

A summary paper of essential knowledge on diffraction gratings.

This document outlines a step by step method to build a small device allowing adapting a diffraction grating on your mobile phone lens.

A paper about real condition night shots of a bright object aloft using an optical diffraction grating, and the analysis of the captured spectrum. Read more.

Quick guide (3 PDF pages) to optical diffraction gratings and spectroscopic caps for cameras and imaging devices : where to get them, how to mount and use them (soon in english).

Here is the first explanatory work about diffraction gratings caps for photo cameras :

How to make a high precision spectroscope device

Video showing the construction of a spectroscope :