After a month spent going back and forth with a Professional 3D Printing Society, and some modifications in order to decipher as much as possible the making process, we finally received the pre-series.

For us, it’s essential that this product has a good quality and can last as much time as possible. That’s why we called upon a professional grade 3D Printing Society capable of good quality during the fabrication.

This version is made of 2 pieces, allowing the suppression of the “gluing the case” phase. This one is sturdier and made of materials more durable to external conditions. We still need to find how to cut and glue the diffraction frame in the more professional way.

We are working on solving this problem. 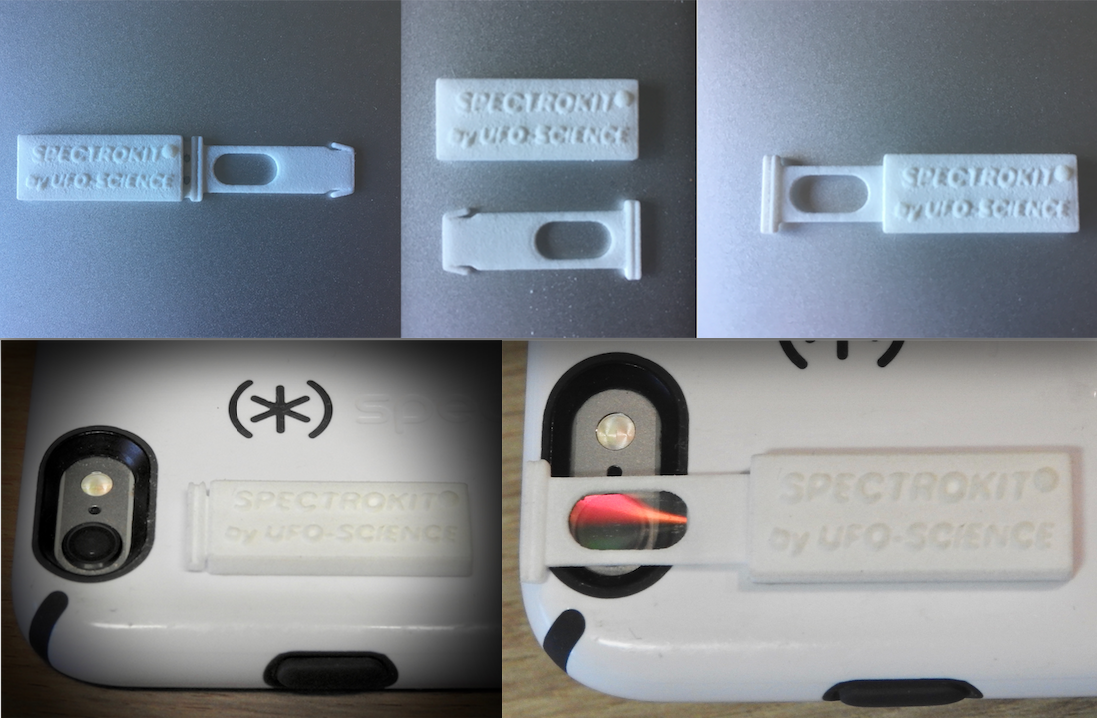 We will probably be able to sell this in May, as a made or pre-made kit, for under 5€ (about 6$). We will keep you updated on this website on how to get it.

For the story, this model named Spectrokit® 2.0 is the outcome of a year of work and researches of a company capable of building it.

In 2015, we had thought about a prototype formed of 2 rails glued on to a phone case with a sliding part. We gave up because it was too hard to align and there was too many phone cases existing. 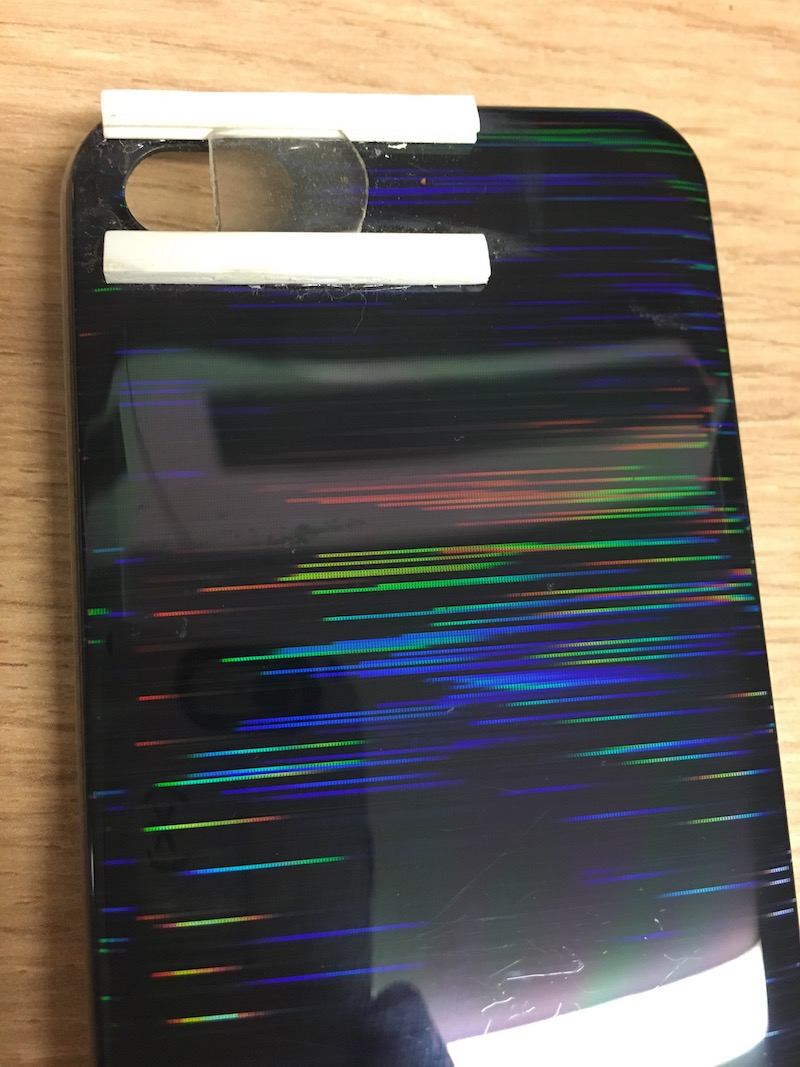 Then in 2017, we had build another prototype made of styrene (plastic sheet) in 4 copies sent to different people to test it. 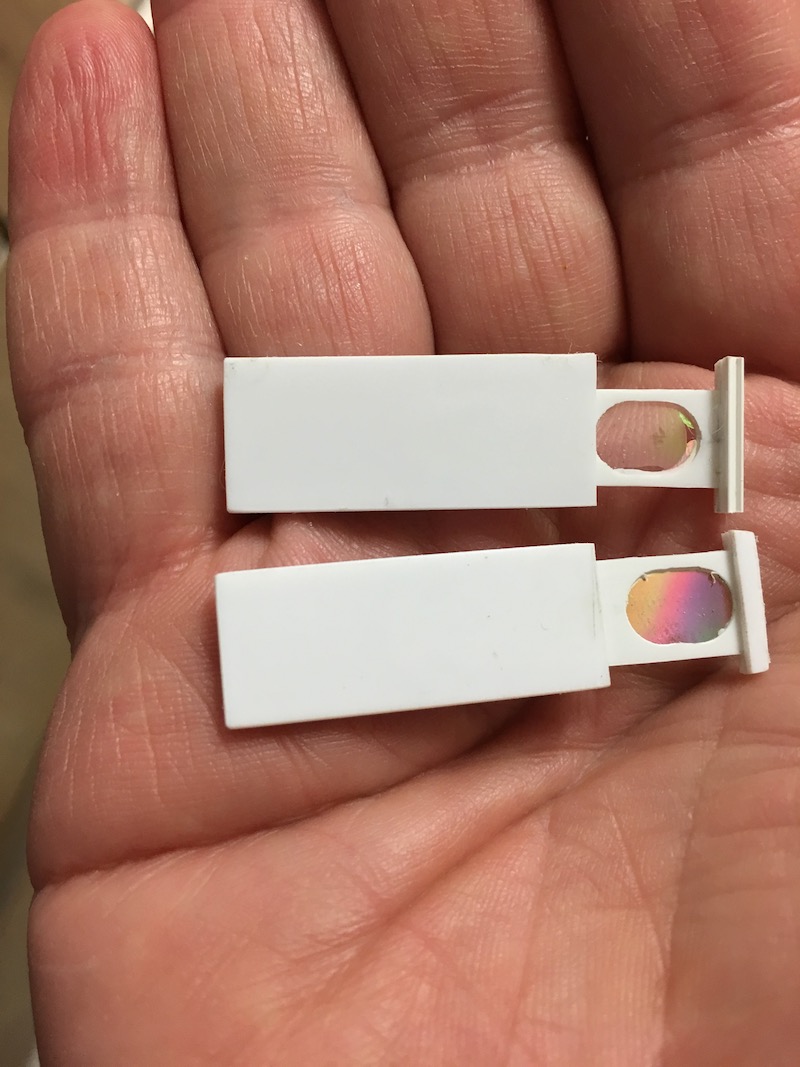 In parallel to that, we worked on how to improve this prototype with a small 3D Printer to certify the working and the fabrication. 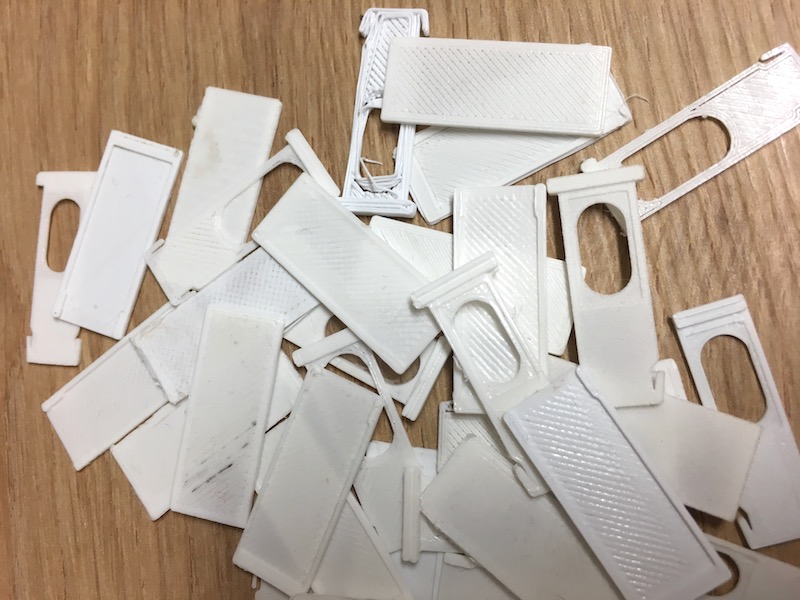 But the quality wasn’t the same within the same series.

Then we’ve contacted manufacturers to consider on doing a Plastic Injection production.

That’s when the problems started. The advances to find a manufacturer capable of making this were multiple and unsuccessful. We’ve reached at least ten societies, we’ve moved a lot of times to see them, and every time the answer was “The component’s dimensions are under the fabrication restrains”. 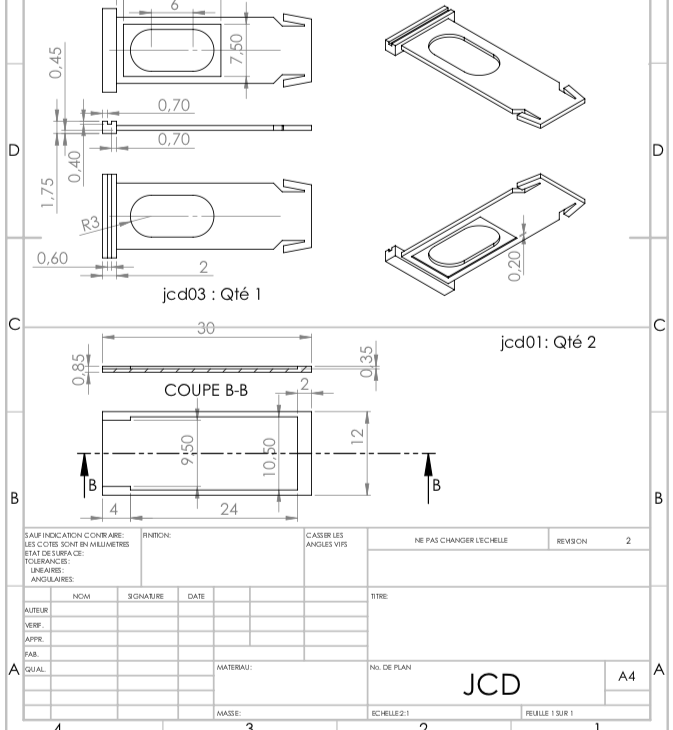 To summarize, the material injected has a retraction coefficient when cooling down which doesn’t allows it to keep a thickness of under a millimeter. It lasted at least 6 months until a society notices me they were able to work under our restrains. The minimal quantity of production was 10,000 pieces which at this time seemed to be reasonable since the Spectrokit was supposed to be distributed by a magazine selling over 40,000 copies.

The blueprints have been sent in order to have a quotation from the society. It was composed of 3 parts: the price of the mold, the raw material and the manpower. The raw material has been estimated to 30Kg of ABS (same plastic as the Lego) for 10,000 pieces, which isn’t surprising, and the price for one piece was about 0.20€.

The assembly consisted in cutting the diffraction frames in pieces (13mm x 6.5mm) then gluing them correctly on the tab to finally glue the 2 parts of the drawer and put the tab inside. That requires care and precision which makes the process pricier.

And don’t forget the packaging and the distribution…

The price exceeded 1€ and it made the interest for a sponsor very limited, mostly that there wasn’t any market research done. 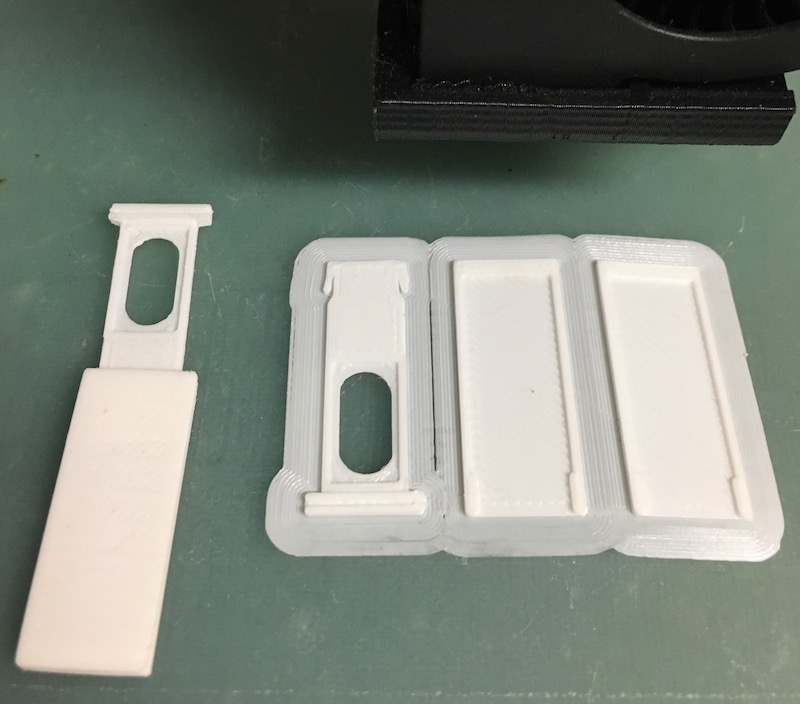 The last prototypes made of PLA were realized internally with a small 3D Printer. They needed 20 minutes of printing (for the 2 parts of the drawer and the tab) in order to have a good quality product (without burr and a perfect and sturdy assembly). On top of that we had to add 30 minutes to assemble, cut and glue the frame. This represents at least 50 minutes for one lens cap. Admitting the fact that we could spend 1 or 2 hours every evening just for that, it would require almost 1 month by man doing just that and make only a hundred pieces.

It’s hard to do the work that only a society of 20 workers could do, with only 3 people. Furthermore, we agreed that it wasn’t questionable to distribute (freely or not) a product for which the fabrication and the quality wouldn’t be correct, only so that we would be taken seriously.

We thought about making the lens cap with different 3D printing systems, and the one that seemed the sturdier was the SLS (nylon powder melted and agglomerated by a laser). The FDM printing made of PLA had the tendency to deform with the moisture, the one made of ABS couldn’t handle the temperature variations due to the making process. The resin printing was too expensive and translucent. 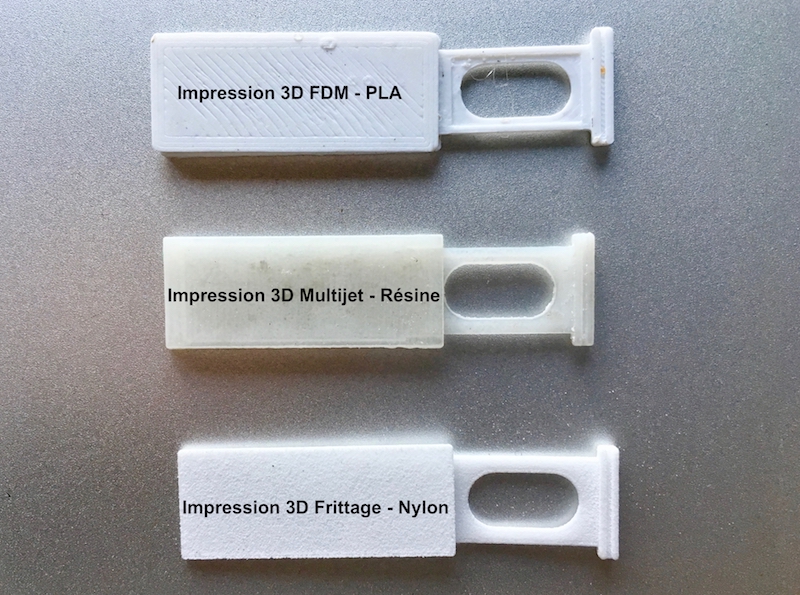 We couldn’t figure out a way of industrial production by plastic injection for financial and logistic reasons, we thought that the “semi-industrial” way involving a society specialized in the 3D printing (Sulpteo) was the most convenient. This printing technique isn’t the one available to the public, it’s the one involving the laser melting.

We had to take in account a lot of fabrication restrains like the thickness (> 0.71mm) but also the unit price of the prototype, by regrouping the elements in a grape-shaped way. A lot of conception modifications were required, but today the issues have been solved: the case is made of one piece, that means no more gluing. The materials are sturdy and the fabrication price is reasonable. 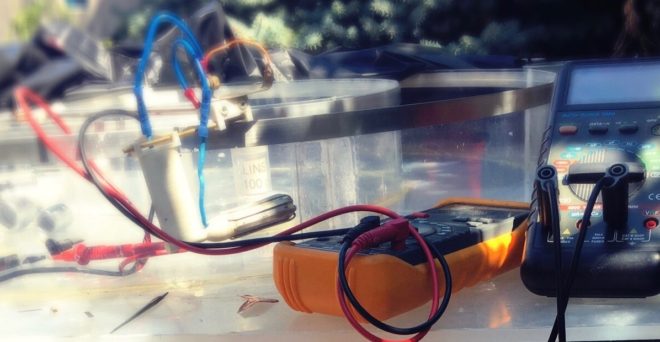 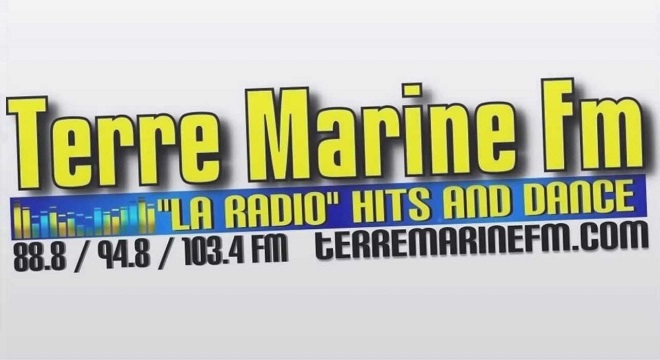 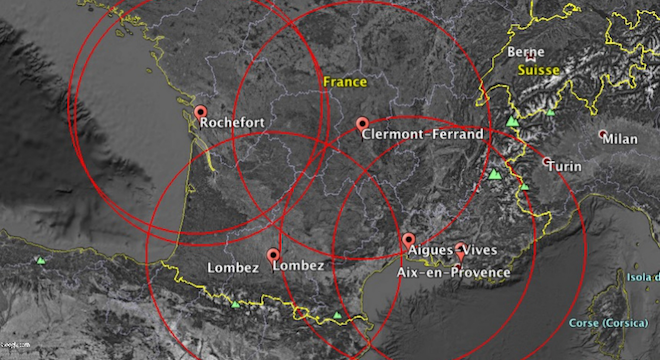 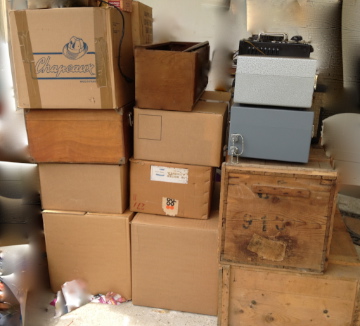 We would like to thank Mr Huber for his gift of electronic equipment. All these equipment and these components will have a certain usefulness in our laboratory of MHD.