Our stations regularly record meteor passages, but also other natural events, such as birds. Some detections may also serve as examples for the use of tools to determine their origin.

From experience and with the sole view of the spectrum (the light lines to the left and to the right of the point), we would have classified this observation in the satellite flashes or assimilated (continuous spectrum, characterizing the solar spectrum in reflection on an object – Cf the Moon). But it was also an opportunity to explain how and with what tool we could have confirmation.

A location in relation to the visible stars will allow us to locate the object (azimuth and altitude). 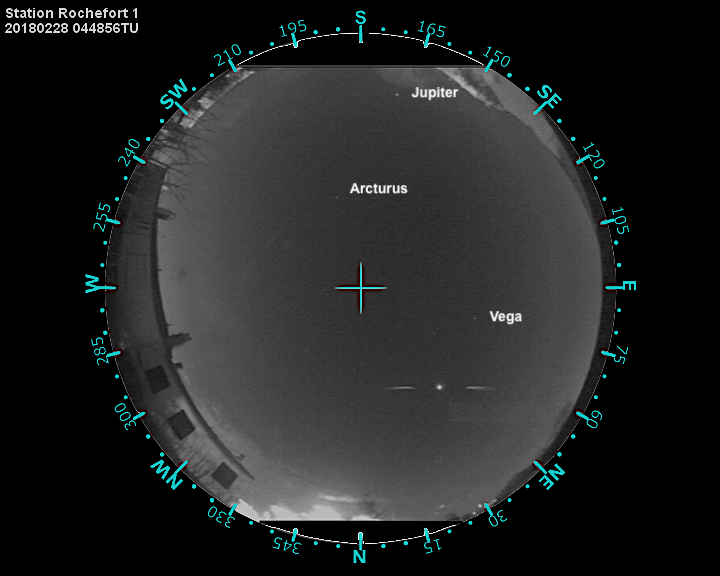 Using Stellarium makes possible to obtain the position of the visible stars ( Jupiter should be full south at this time, it will be necessary to think about recalibrating the camera ….) and thus that of the observation ( Azimuth 60° approximately, Altitude 54° approximately).

We therefore have enough information with the observer’s position, time of observation and location (here Rochefort) to be able to use the Heavens-Above site and determine the origin of this observation.

I wouldn’t go into the details of how to use the site, because it’s really very simple and very well explained. But once the observer’s location has been entered, simply click on “Daily forecasts of the brightest satellite passes” to have, according to the day, all the satellite passes.

On February 28, 2018, at 04:48:56 exactly, at an altitude of 53° it is the Cosmos 1269 Rocket satellite. This former Soviet satellite is part of the Strela military communications network, operating in low orbit. 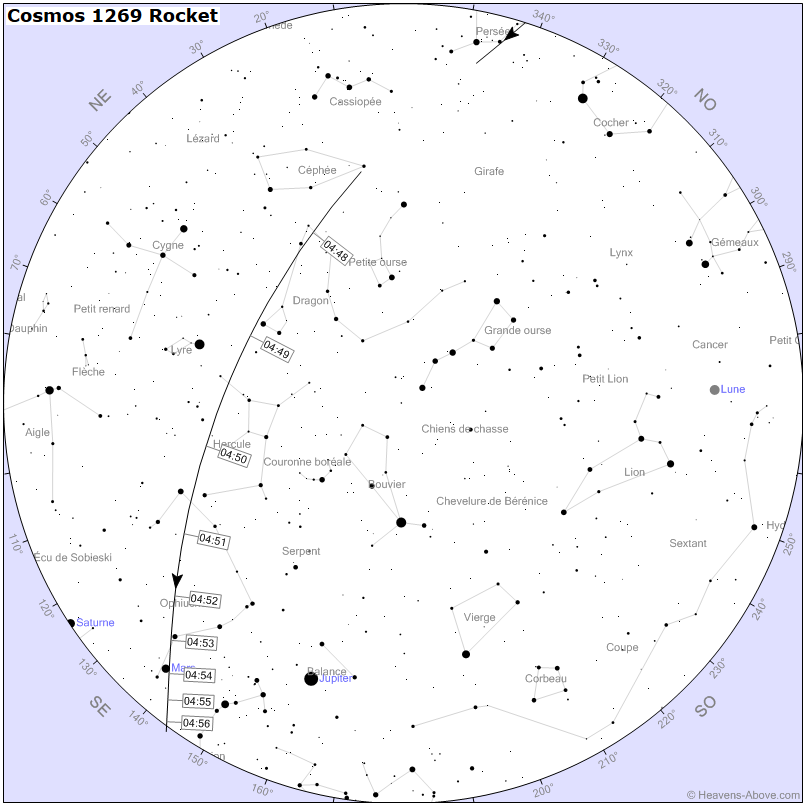 In conclusion, we find that with free and easy-to-use tools, it is possible to determine the nature of an observation. 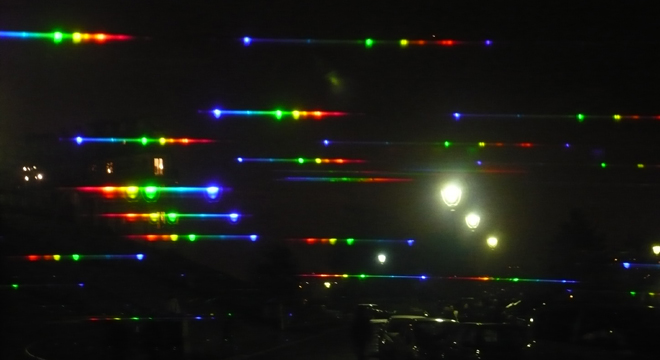 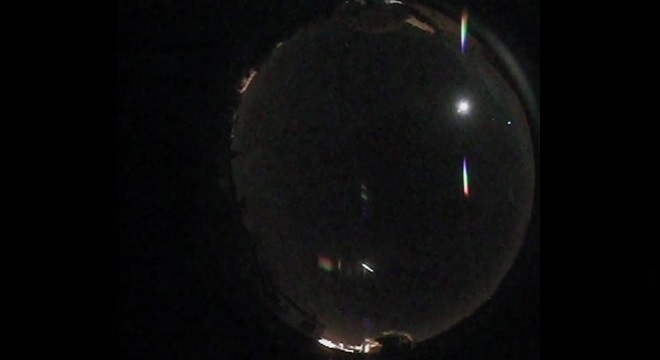 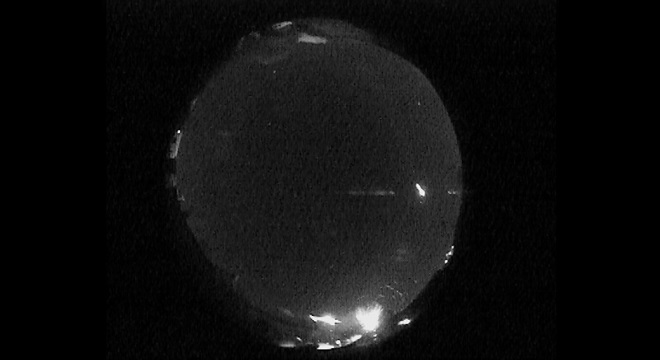 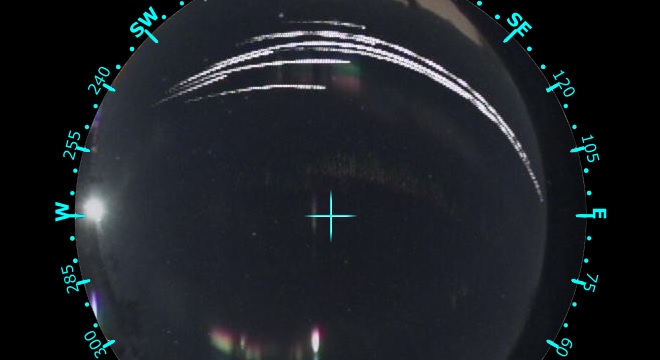